Are you planning to run for office in Pennsylvania during 2014?  Are you aware of the changes in the petition process?  To find out more click here. 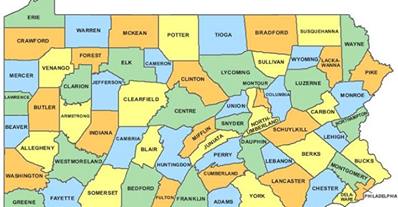 Don’t forget to vote on Tuesday, November 5, 20131  Below is the link to view Snyder County, PA ballots by precinct.

Currently in Pennsylvania, elections to fill vacancies on the courts are held in odd-numbered years. Appellate court and common pleas court candidates run in partisan elections (i.e., under a party label) for terms of ten years; minor court candidates also run in partisan elections, but for six year terms. Typically, the major political parties endorse candidates to run. For trial judges only, a candidate may receive the endorsement of both parties. Following completion of a term, a judge can stand for successive ten-year terms in retention elections (non-partisan, uncontested yes/no votes) up until mandatory retirement at the age of seventy.

Like other candidates who run for office in contested elections, judicial candidates must raise money to finance their campaigns. Typically, contributors to such campaigns are the very parties, litigants and lawyers who ultimately appear before the courts on which the candidates are seeking to serve.  Additionally, third party special interest groups have become increasingly active in judicial elections, funding advertising campaigns and making contributions to candidates. Rules of conduct do not require judges to recuse themselves in cases involving campaign contributors.

Historically, judicial elections in Pennsylvania have not generated nearly as much media coverage, citizen interest or participation as elections for representative office, such as governor, senator, or representative. Voters, in fact, have complained that they have not had much information available to them in making decisions between candidates. This perceived lack of information in large part resulted from codes of conduct prohibiting judicial candidates from announcing their views on disputed issues likely to come before them on the courts.

Who may run for judicial office in Pennsylvania?

Under the current system, the only requirements for an individual to run for judicial office are:

Judicial candidates are not required to have tried any cases or even actually practiced law at all, let alone for any minimum number of years.

How long are judges elected for?

Most judges are elected for ten year terms. This is true for elections to fill judicial vacancies, as well as for subsequent retention elections.  However, municipal court and traffic judges in Philadelphia serve six year terms.

What is a retention election?

Retention elections are non-partisan, uncontested yes-no votes. This differs from an election to fill a judicial vacancy where candidates run in partisan elections (i.e. under a party label.) Following completion of an initial term, a judge can stand for successive ten-year terms in retention elections until he or she reaches age 70, the mandatory retirement age.

What happens if there is a vacancy created mid-term?

Who are current judges and justices on the Pennsylvania courts?

To view PMC’s charts on the current composition of the Supreme Court, click here, and on the Superior and Commenwealth Courts, click here.

Did you know we have a very important election happening in November of 2013?  More important than a presidential election?  Many people take the office of judge with little or no interest.  Who decides what happens to us here Pennsylvania?  Our judge races are very important!  Support Vic Stabile for PA Superior Court Judge. 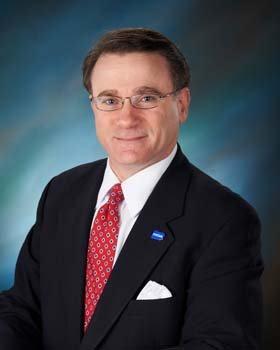 Vic Stabile is the 2013 State Republican Party Endorsed Candidate
for the Superior Court of Pennsylvania.

According to the Allegheny County medical examiner’s office, the cause of death was heart disease.

Judge Wyda, 54, was a lawyer before his election to the district court position in Bethel Park in 1999. He took office in January 2000.

The office was later merged with the Upper St. Clair district court office to become one of the largest magisterial districts in the county.

He ran a brief campaign for Superior Court this spring, but withdrew before the primary.

He was also a member of the Naval reserves and a Navy judge advocate who took assignments in Afghanistan, Iraq and Guantanamo Bay between 2003 and 2008.